The Painted Bride: What would the building's loss reveal about Philadelphia?

EMILY SMITH is the Executive Director of Philadelphia's Magic Gardens whose mission is to inspire creativity and community engagement by educating the public about folk, mosaic, and visionary art. The organization preserves, interprets, and provides access to Isaiah Zagar’s unique mosaic art environment and his 200+ public murals located in Philadelphia. Smith is also a member of the Magic Gardens' five person preservation team and has been a speaker, teacher, and advocate in the preservation of art environments nationwide.

The entirety of the Painted Bride building, located at 230 Vine Street, is enveloped--from roof to sidewalk--in mosaic. Isaiah Zagar, an internationally recognized mosaic master, worked on the mural for nine years as a donation to the arts center. At over 7,000 square feet, it is the largest fully-accessible mosaicked building Isaiah ever created. The piece is not only physically remarkable, but it also tells the narrative of the Painted Bride Arts Center and of the alternative artists of the 1960s and 70s. Isaiah is 81 years old; there is no possibility to re-create this masterpiece.

The building has been for sale for four years, and Philadelphia’s Magic Gardens, along with a group of community organizers, have been locked in a legal battle to save it from destruction. Strangely, the Painted Bride, although an arts organization, was never interested in protecting this community resource, nor do they acknowledge its value to so many people. They have stated that the building will go to the highest bidder-- a developer who plans to demolish the building and erect sixteen soulless, luxury condos. In 2018, the Historical Commission, whose job is to protect our historic resources, dramatically ignored their own criteria, although the building meets requirements for historic designation. We lost by one vote.

A year later the case went to Orphan’s Court,  because the Painted Bride Arts Center is a nonprofit organization and needed permission to sell a community asset. Judge Matthew Carrafiello ruled against the sale to the developer that would tear it down. He asserted that the sale did not recognize the value of the priceless artwork to the public. The Bride appealed, and in October 2020 Judge Carrafiello’s ruling was overturned by the Commonwealth Court of Pennsylvania. Ultimately, they did not recognize Judge Carrafiello’s argument that art held public value.

It has been an unusual case, filled with much heartbreak on both sides. I have always believed that there are other ways for the Bride to be supported in its new mission--to work off-site--without destroying a beloved Philadelphia masterpiece. Since the beginning of this fight, Philadelphia’s Magic Gardens has offered pro bono repair and preservation work to any owner of the building who will save the façade. We have three full-time preservation team members, and we completed a full assessment of the mural in November 2019. The vast majority (about 70%) of the mural requires only cleaning or minimal repairs.  Our repair plan has been shared with the organization, and we have the funding set aside. With approval from an owner we could begin work on the building as soon as possible.

I have spent a lot of time thinking about this incredible building. In 2019, on the afternoon when Notre Dame was burning, I was coincidentally walking and chatting with a Parisian. I asked him what he was feeling in that moment, and he replied, "Unfortunately, people don't realize how much they care about something until it is gone.” That same week, in a PlanPhilly article, Jared Brey wrote: “Losing a familiar piece of the environment feels like losing a part of our identity.”

Perhaps the creation of something like the Painted Bride building happens by accident. It was made out of a strange desire to tell a story and make something unique. It revealed the defiance of Philly’s creative community and a break in the hierarchy of commercialism. Its continued existence could shift the power dynamic away from developers and prove that an individual can leave a colorful mark on our often drab urban landscape. The building is rebellious. It’s curious. It’s a protest against boredom. It boldly creates place. And in that, it has become a true icon. 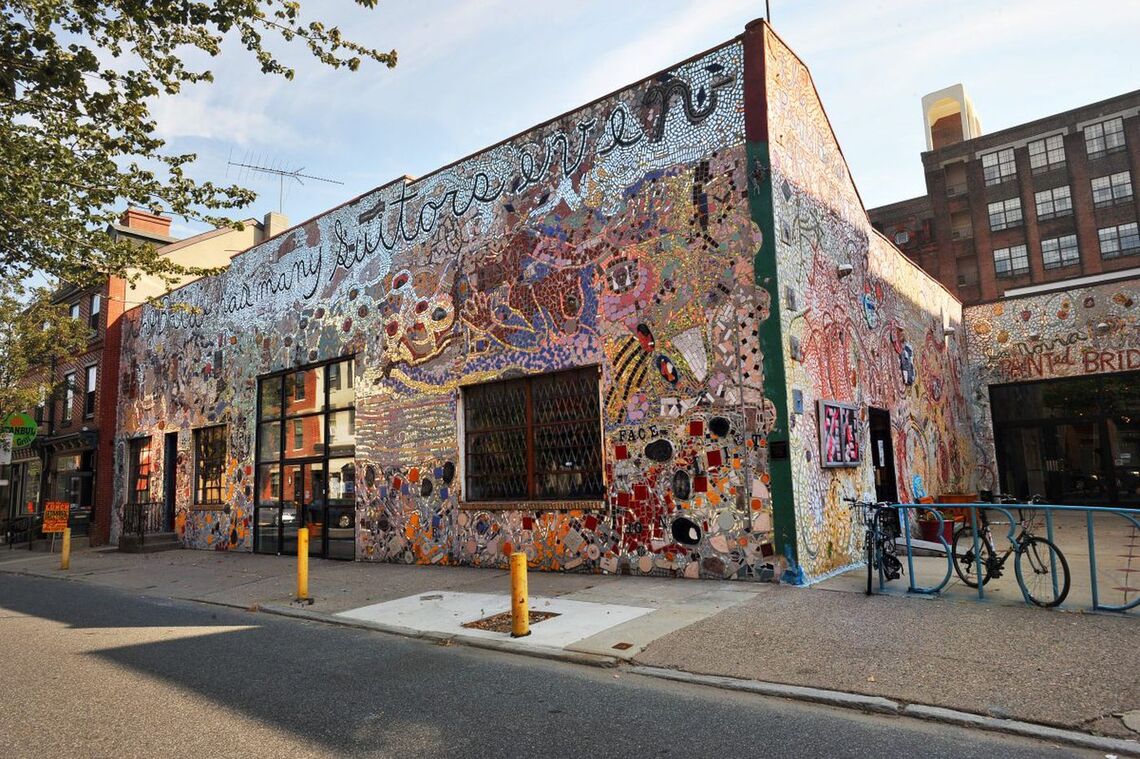 DAG Forum articles express the opinions of their authors and do not necessarily reflect the views of the Design Advocacy Group.

What the Suburbs Can Teach the City

Sorry, your browser is out of date
The web browser you are using is too old to view this site. Please update your browser or use Internet Explorer 11 or the current version of Microsoft Edge, Firefox, Chrome or Safari. Thank you!