Learning from London: Lessons for Philly

ROBERT RAVELLI is an international consultant in the fields of integration of transport and land use, regeneration around transport stations, mobility management, urban mobility plans, travel demand management, and funding transport improvements. He worked for the City of Philadelphia Mayor’s Office of Transportation during the Rendell administration and is the author of Car-Free in Philadelphia (Philadelphia: Camino Books 1993). He currently splits his time between London and Philadelphia.

“The future is what you make it, so make it a good one.”

As a native Philadelphian who has been working and observing urban planning and mobility initiatives “across the pond” for several years, I see many ways that Philadelphia can benefit from what is being done in Europe. In this article I will highlight in general terms a few ways that Philly and the region can learn from Europe. I define Europe as both the UK and the countries of the European Union (Brexit not withstanding).

Characteristics of European cities that gives them a competitive advantage.

The greatest differences between Europe and the US are (1) the greater acceptance of public transit, walking, and cycling over private car use and (2) the fostering of compact urban development, which facilitates the provision and extension of transit.

These are among the intrinsic advantages that European cities have over their American counterparts. A colleague of mine, Professor Greg Clark, a senior fellow at the Urban Land Institute, has summarized these key strengths in the following chart.

European cities have been leaders in sustainable city futures by promoting decarbonization, active travel and other attributes of healthy cities, and they have continuously high rates of infrastructure investment.

It’s interesting to see where Philadelphia is placed on the global city stage when compared to European cities, as shown in this graphic from JLL, the international real estate services firm.  Philly is seen as an “innovator” city (circled in black, in the top left of the pie chart). How can the city add to its strengths?

Pedestrians are given a higher degree of protection

One European practice that Philadelphia should adopt is the all-way “green man” pedestrian crossing at intersections. This requires that all cars must stop to allow pedestrians to cross at all four corners at once, without conflict with turning vehicles. Another useful practice is seen in the UK, where traffic signals are designed to indicate a red-yellow-green as well as a green-yellow-red sequence. This alerts pedestrians and cyclists to all imminent changes of the signal.

Across Europe, cities have moved to reclaim their streets for uses other than driving. Low Traffic Neighborhoods (LTN) is a scheme in London and elsewhere in Europe that uses temporary or permanent barriers called “modal filters” to minimize the motor vehicle traffic that uses residential streets to get to another destination. The filters can include bollards or planters, and they can be camera operated. Residents and neighborhood businesses still have access, but through-traffic is greatly reduced. This opens up networks of streets so people can safely travel on foot, bicycle, or by bus.

Providing good cycling infrastructure is a key objective in most European cities where cycle planning is very advanced. For example, Copenhagen promotes cycling over all other modes of travel by making it easier to cycle than to travel by any other mode.

Providing adequate bike parking is also a high priority. London has more than 150,000 cycle spaces on its streets and an additional 20,000-plus spaces at Underground and rail stations. Moreover, there are more than 1,500 curbside cycle hangers, where residents leave their bikes inside small metal shelters, and some vacant stores are used for parking. 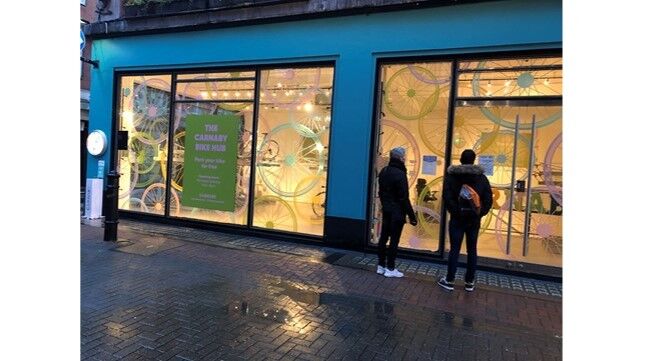 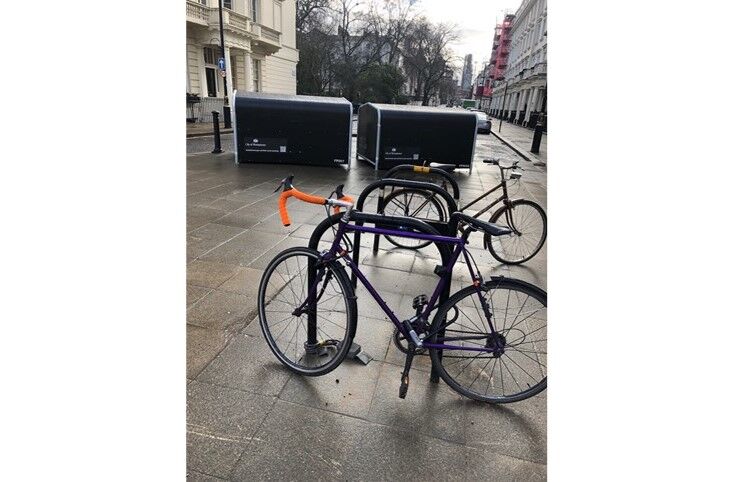 “E-hubs,” where you can hire electric cargo bikes as well as e-bikes, are also being established in neighborhoods in many European cities, including Amsterdam. The placement of these e-hubs is based on community input.

European cities are leaders in smart mobility-- providing access to more shared mobility options (cycle and e-scooter hire, Uber, etc.) and embracing the concept of “Mobility as a Service” (MaaS). MaaS provides improved access to accurate information and ticketing for all modes of travel through smartphone apps that link all mobility providers. The European Union is promoting MaaS technology research and the development of MaaS systems.

The EU has also adopted a Europe-wide framework for transport investment as part of its plan to address climate change. It has just announced a new sustainable and smart mobility strategy, which forms the basis for the EU’s funding plan for transport initiatives for the next four years. Key elements of this strategy include boosting zero emission vehicle use, promoting high-speed rail, and enhancing the cycling infrastructure.

Multimodal and intermodal connectively is greater in Europe, where a good interface with national rail systems facilitates intercity links. In Germany, for instance, all major city airports are connected to intercity high-speed rail. Similarly, the TGV in France connects Paris’ Charles de Gaulle airport with all major French cities. Some airlines allow joint ticketing of rail/air journeys. There are also more integrated transport delivery agencies, which are in charge of operating and regulating all modes of transport - taxis, roads, bicycles, transit. A prime example of this is Transport for London.

Congestion charging and road pricing have proven to be more politically acceptable in Europe as climate change mitigation has become a key priority. London’s congestion zone contributes on average £150 million annually to Transport for London while reducing congestion.  Stockholm has a similar system. London has also instituted an Ultra Low Emission Zone, which is designed to reduce air pollution from automobiles. Cars, motorcycles, vans, minibuses, and other specialist vehicles must meet ULEZ emissions standards or pay a daily charge when driving within and into the zone.

There is a greater understanding in Europe of the value of TOD (transit-oriented development) at train and other transit stations as both an income generator for transit agencies and as a regeneration tool. Station area planning is also more widespread.  For example, Transport for London has a residential development initiative to provide affordable housing options on land it owns above and around its stations. The Moscow suburban rail company has also created a station development strategy that prioritizes stations for their development potential. The Netherlands has adopted a nationwide set of principles for station area planning, which guides development around stations. The principles are

What are some future trends that both Europe and the US will face?

This article has described just a sampling of what is going on in Europe. Much more is happening, especially as the EU and UK move more quickly to address climate change. As we work on both sides of the Atlantic, it makes sense to learn from each other in addressing these similar challenges:

DAG Forum articles express the opinions of their authors and do not necessarily reflect the views of the Design Advocacy Group.

What the Suburbs Can Teach the City

Sorry, your browser is out of date
The web browser you are using is too old to view this site. Please update your browser or use Internet Explorer 11 or the current version of Microsoft Edge, Firefox, Chrome or Safari. Thank you!